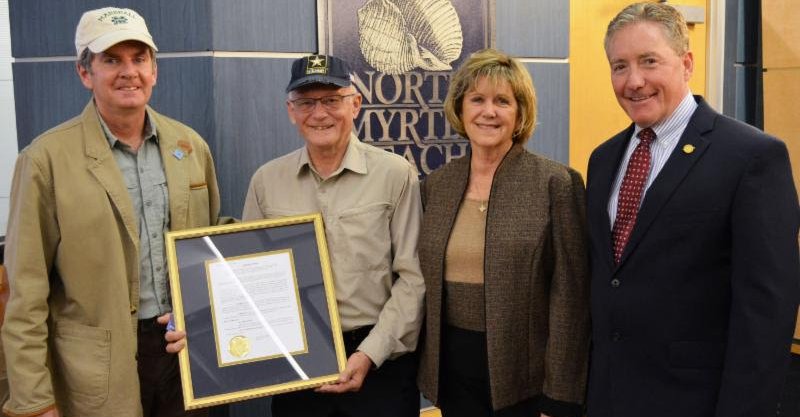 The Resolution honors Colonel Young for having at the age of 75 completed the 2,200-mile hike of the Appalachian Trail and cites his “exceptional strength, courage and fortitude.”

Colonel Young spent a year training and preparing for his adventure, and embarked on his journey in March 2017. He endured shin splints, cuts, bruises, encounters with a bear and other wild animals, and even a lightning strike.

Colonel Young served in the United States Army for 31 years, rising through the ranks from private to colonel. The Army’s slogan is, “Be all that you can be.” Unwilling to stray from this philosophy when he retired from the Army, he felt that going out on the trail was the best way to demonstrate at age 75 you can still be all that you can be.